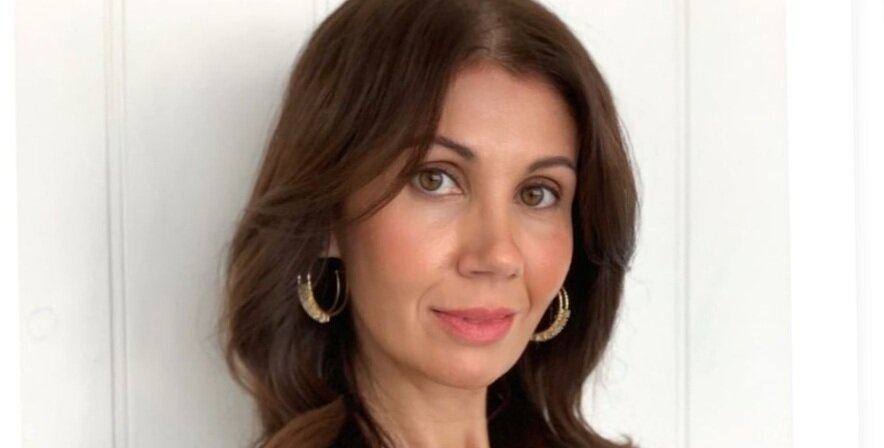 SHE ,may have only returned to Perth two years ago but Melissa “Lissy” Graham has Perth High society eating out of her hands,

Graham has catapulted herself to the top of the party pile, holding court as the new Queen Bee in the hive of socialites at the most exclusive events across the city . Top-end brands are also desperate to collaborate with her.

With more than 15,000 followers on Instagram, Graham hasn’t had to flash her booty, or build a mummy blogger following but has used her enviable access to designer labels to become Perth’s newest “It Girl”.

While Grahams husband Keystart homes chief executive Paul might help to afford her lavish, luxury wardrobe, Melissa’s paycheque is more than speaking for itself, earning up to $2000 per Instagram post.

“ She is well respected in the Perth community beyond her digital platforms – that’s another level of power and influence that many WA influencers don’t have ,” Milne told Confidential. 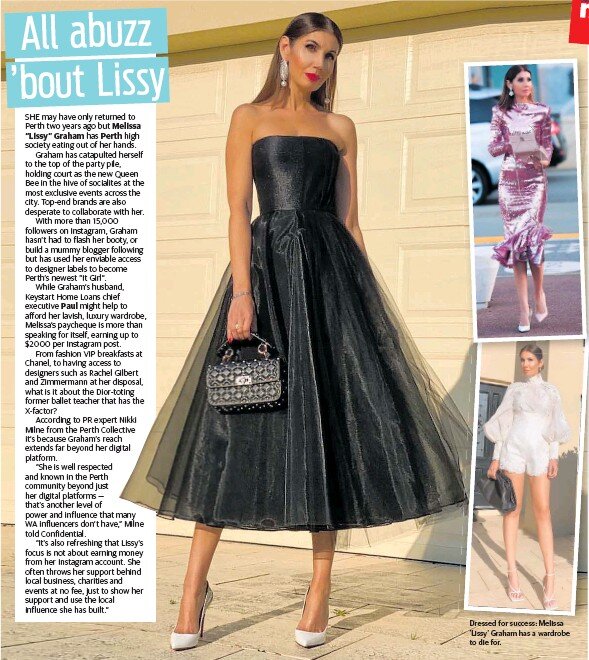 From fashion VIP breakfasts at Chanel, to having access to designers such as Rachel Gilbert and Zimmermann at her disposal, what is it about the Dior-totting former ballet teacher that has the X-factor . According to Nikki Milne from the Perth Collective it’s because Grahams reach extends far beyond just her digital platforms

“She is well respected in the Perth community beyond her digital platforms – that’s another level of power and influence that many WA influencers don’t have ,” Milne told Confidential. “it’s also refreshing that Lissy’s focus is not about earning money from her Instagram account. She often throws her support behind local business, charities and events as no fee, to just show her support ad use the local influence she has built.